You are here: Home / Electrical / How to Install a Dimmer Switch

Rather than just turning your lights off and on, why not get yourself a choice of light options by installing a dimmer switch? Majority of the dimmers that you find these days will fit inside a basic wall box opening and hence it becomes easier to replace the main switch for any halogen light or incandescent light with a dimmer. 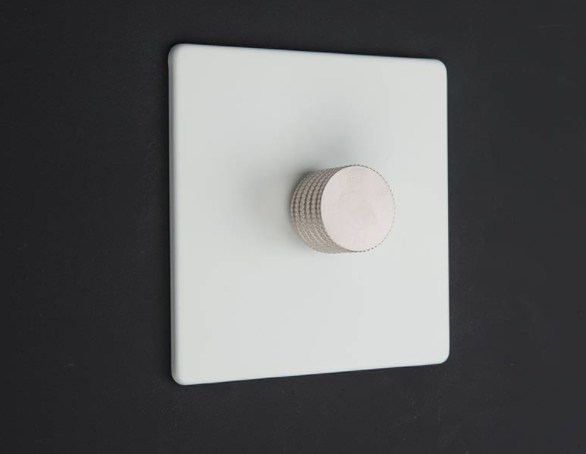 If you don’t know how to install a dimmer switch, this guide is for you.

Before you learn the installation process of a dimmer switch, you should know how to buy one that gives the exact amount of lighting saves energy and saves on costs. Here are few things to know.

Dimmers are categorized for their specific light types. Choosing the wrong dimmer would mean flickering lights. If you want to use the dimmer on an LED bulb, the dimmer should be an LED one and LED runs on DC current.

Dimmers are available in basically two configurations of wiring – standard single-pole dimmers and 3-way dimmers. With the former, the switch only controls the light and with the latter, you control a light with 2 different switches. You therefore get a chance to dim from one location and again turn the lights off and on from another location.

Know the total number of lights that you’ll be connecting with the dimmer switch and make a sum of their wattage. Don’t forget to check its rating on the switch that you select to make sure it can hold the wattage that you need.

This is because the fluctuations in the level of current may burn the motor. Hence, you have to consider all the required factors while wiring a dimmer switch.

TURN OFF TO REMOVE THE PREVIOUS SWITCH

TURN ON THE POWER

So, if you’ve been looking forward to wiring a dimmer switch and installing it, you should take into account all the above mentioned factors and steps. Try your best to be cautious enough while installing the lights so that you don’t fall prey to any electrical hazards.